The situations of mental slavery and unquestioned surrender that prevent followers from exploring and expressing alternative worldviews in a fast-changing world can be deeply damaging for all stakeholders.

Leadership has always been a topical subject in both academic research and the business world. The success of an organisation is often attributed to its leader. Going by the research in social psychology, people use two primary strategies to navigate up the hierarchy. The first strategy is dominance, where people try to attain social rank by coercion, intimidation, fear or manipulation of behaviour, cognition and emotions. The second strategy is prestige, where a person aims at claiming a leadership position through the display of valued knowledge and skills.

A research work by Kakkar and Sivanathan published in HBR in 2017 revealed that dominant leaders become more appealing than prestige leaders when the environment is ridden with social and economic uncertainty. The reason for the same is partly rooted in people’s psychological desire for restoring their sense of personal control, which is threatened in times of uncertainty. Prestige-based leaders are considered more likeable and appreciated for their warmth, but leaders associated with dominance tend to get perceived as assertive, confident and decisive.

The presence of hierarchy is a universal feature in groups organisations and society. Leaders matter greatly, for they are the key drivers of effective mobilisation of all resources. However, at the heart of organisational success lies the intricate exchange between leaders and followers. If this exchange doesn’t happen effectively, success becomes more uncertain.

We all remember our first boss, for they have a lasting influence on how we perceive leaders. Fortunate are those who find a boss with whom they feel like nurturing a long-term relationship, for it is mutually rewarding in terms of personal learning and growth. However, the reverse can also be true. Sometimes, you get a boss whose presence makes your work experience suffocating. This can happen if the work culture is driven by domination or one-sided communication. The employees in these instances feel coerced and fearful of engaging in a dialogue. Such relationship risks taking the form of dominator (leader) and the dominated (followers) by virtue of their skewed position and authority.

This article reflects on leadership, followership, and leader-follower exchange from the lens of the cognitive dominance matrix as proposed by Dr Subhash Sharma, presented below:

The theory of cognitive dominance discusses the conscious effort on the part of the dominator to manipulate the dominated through language, ideas, theories or metaphors.

(I) The first quadrant of the matrix, mental slavery, is characterised by the imposition of a particular worldview by the dominator and its unquestioned acceptance by the dominated. It is important to note here that while leadership and hierarchies exist universally, they may vary from one country to another. So, a leader’s behaviour may be strongly influenced by the working environment and the norms and values of the culture where s/he is operating. For example, in a culture of highpower distance, a leader may demonstrate dominance by adopting an authoritarian style. The employees may be forced to follow all commands to save their job, but this long-term mental slavery can be damaging for their self-growth.

(II)The second quadrant talks of unquestioned surrender, a state where the dominated is incapable of identifying cognitive dominance. It goes to an extent where the dominated himself becomes the defender of the dominator’s worldview. In a leader-follower interaction, factors that can lead to such a scenario could be the strong personality of the leader characterised more by dominance and less by prestige or maybe the inexperience of the follower. Whatever the cause, such a scenario can be harmful to organisational health. It can be overly damaging in the middleand senior-level jobs that require employees to draw upon their business intelligence and creativity. Both the leader and follower will be deprived of learning and growth, for it will kill all opportunities of discussion and dialogue, hampering innovation.

(III) The third quadrant of the matrix is characterised by the dominator’s claim of the universality of his worldview, but the follower presents an alternative worldview. With increasing access to technology and the opportunities for new forms of democratic spaces for interactions it creates, rapid communication impacting the way we interact with each other is not an unusual phenomenon. Leaders here will have to demonstrate listening, empathy and perhaps embrace the alternative worldview presented by the follower if it seems like a more viable option. Able leaders and competent followers collaborating constructively and appreciating each other’s viewpoints can pave the way for high-performing learning organisations.

(IV) The fourth quadrant is about resistance. It is characterised by a direct imposition of the dominator’s worldview and its rejection by the dominated. In such a scenario, the followers are not motivated to follow the leader, for they may feel their inputs, though valuable, are not valued. Followers may resist such dominance by switching themselves off from the cognitive control mechanisms.

Free Environment Reflecting on the leader-follower dynamics from the cognitive dominance perspective provides insights into the darker side of leadership, where leaders can do more harm than good, consciously or unintentionally, by unnecessary dominance.

Analysing dominance in the light of employee/follower competence presents us with other possible situations. Situation 1, characterised by high follower competence and high leader dominance, can create unwanted conflicts, disagreements and dissatisfaction for both parties. Situation 2, characterised by high competence of followers and low dominance by a leader, may provide avenues of creating alternative worldviews. Followers here may perceive low dominance as autonomy and work harder to prove their merit. Situation 3, characterised by low competence of followers and high domination of leader is more likely to lead to mental slavery or unquestioned surrender. High task orientation and optimising on leader competence and domination may become a necessity to get the work done. However, the worstcase scenario can be a situation of low leader dominance and low follower competence where keeping the work rolling itself may become a challenge. It is important to note here that other extraneous or moderating variables may change these hypothesised outcomes.

Cognitive dominance in any form must be discouraged. Organisations succeed or fail not only based on how well their leaders lead but also based on how well their followers follow. The situations of mental slavery and unquestioned surrender that prevent followers from exploring and expressing alternative worldviews in a fastchanging world can be deeply damaging for all stakeholders. Organisations build their present and shape their future with the combined efforts of followers and leaders. Fostering a dominationfree atmosphere where all parties can enter in a free discourse can lead to mental liberation and high performing organisations. 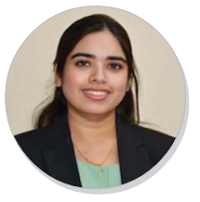 SHARE
Dr. Farah Naqvi is a writer, academician and behavioural scientist. She started her career with Indian Institute of Management, Ahmedabad and worked with institutions like ICFAI Hyderabad, IBA Bangalore, Center for Organization Development, Hyderabad as Asst professor. Currently, she is associated with the Aero Academy of Aviation Science & Management (AAASM) as a Management Professor. Read more about Farah's work on her website, farahnaqvi.com.