Employee referrals are the Emeans through which a company's existing social network is utilised for talent acquisition. The company's social network includes its current employees, past employees, vendors, customers, and other contacts to cast the widest possible net for attracting new talent into the organisation. Initially, the term denoted a recruitment method that encouraged existing employees to suggest potential hires for the company. The logic behind such an approach was that the existing employees are well versed with the culture and work ethic of their employer, and are also aware of what it takes to be successful in the company. So, when the existing high-performing employees suggest potential employees, it is more or less likely that these potential employees possess qualities similar to the current employees. Additionally, the referred employees having a "preview" of the company results in a faster onboarding process. The new "referred employees" are sooner to get into their job roles, are more productive, and are more likely to stay in the organisation than those recruited from job boards or career sites.

A case of implementation of the employee referral process at the company Alpha Private Limited is cited below. Alpha Private Limited is a small-sized consultancy firm providing end-to-end engineering solutions to Small and Medium Enterprises (SMEs). It has its headquarters in Pune, Maharashtra. At present, the company has about 100 employees. Akash Kumar, the Founder-CEO of the company, was planning to expand Alpha's operations to two other cities, namely Chennai and Kolkata. The Chennai office was designated to serve clients in the southern region, while the Kolkata office was to take care of the eastern region. He believed that hiring a diverse workforce would enable Alpha to make a name for itself as a consumer-centric and consumer-friendly company. The company's vision was to provide personalised experience and 24x7 customer support. Akash was thinking of his yesterday's meeting with Ram Kumar, the HR Manager. The meeting had been called to decide on the strategy and plan of action for recruitment to keep up with the expansions plans.

Ram Kumar had suggested that one of the ways to capitalise on the existing workforce was to involve them in the recruitment drive by encouraging them to provide referrals. This, he said, was a win-win situation. "This is a win-win for the company," he said, "as the current employees will serve as the first level of vetting, a kind of firewall, to prevent bad hiring choices, especially for lateral entries for mid and higher-level positions." He also added, "such a practice will increase the loyalty of the current employees and make them feel empowered. They will feel responsible and involved in the induction of the new recruit(s) they refer. They will make the new recruits feel welcome and help them learn the ropes quickly."

Akash Kumar had approved it as a great idea, and had tasked Ram Kumar to look into the existing practices at good companies, and come up with an action plan for promoting referral-based recruitment at Alpha. Ram Kumar's presentation was to take place in three days' time.

Ram Kumar started his presentation with the advantages of using employee referrals. "The past research data based on studies worldwide," he said, "indicated that employee referrals result in the best applicant-to-hire ratio at 1 out of 10 versus 1 out of 18 from all the other sources. Making an offer for a new hire referred by an existing employee is on an average lesser by 20 days, versus 39 days for someone hired using other methods. Perhaps the best statistic of all is the employee retention rate - employees hired through referrals average 2.7 years, compared to 1.5 years for those hired otherwise." Then he presented what motivates employees to involve themselves in referrals. "Usually, employees are motivated to get involved in the referral process in order to help out a friend, work with friends they like, and also to help out the company they work for. Usually, a combination of such reasons motivate existing employees to engage in referrals," he said. He maintained that providing recognition and acknowledging the contribution of the employee are important ways of feedback essential for motivating employee referrals.

Thereafter, Ram Kumar described the employee referral practices followed by well-known companies. "In Accenture, employees are provided with a referral bonus. However, they adopt a unique practice and allow these employees to donate a part of the bonus to a charity of their choice, and Accenture would match that amount. In Google, another company where employee referral is used with great success, the method adopted for kick-starting employee referral is unique," he continued, "the Human Resources (HR) team involved with recruitment sits down with existing employees and ask them pointed questions like 'Who is the best product person you know in (New York) City?' While in Intel, a direct strategy of doubling the bonus of employees whenever they successfully referred to women or minorities was adopted. This ensured diversity hiring in Intel," he added.

Ram Kumar also clarified that implementation of such referral practices provided both extrinsic and intrinsic motivation to employees. Employees became supercharged, which ensured the success of the referral programme in these companies. He also explained that the strategy adopted by Google is based on a method known as aided recall, where the involvement of the HR team helped the existing employees to suggest the best people. The meeting concluded after they decided to meet once again after five days to explore the ways of introducing and implementing the referral system at Alpha.

The extent to which Alpha can depend on referrals as a method of recruitment.

Whether referrals must be restricted to the current employees alone or should anybody associated with the company be involved in the programme.

When and how to announce the proposal to the employees, so as to ensure its success?

Which among the various practices adopted successfully by companies throughout the world, may be implemented at Alpha?

Should Alpha design its own reward system for its employees, and what steps should those be in such a scenario? 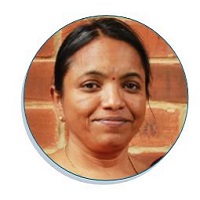 SHARE
Dr. Santhi Perumal is an Assistant Professor at Institute of Management Technology, Nagpur. Her areas of research include managing relations at work, technology management, sustainability and research methods. Dr. Santhi did her PhD in Management from Indian Institute of Science, Bangalore.

Is Bitcoin the future of transactions?