Swapping Employees: Does It Work?

In 2008, Proctor & Gamble (P & G) and Google decided to swap around a dozen employees with an intent to learn how the other was targeting consumers. The employee swap was for purely business purposes. While P & G was aggressively advertising in print and television, it was looking to make its foray into the digital arena, the latter’s forte. However, while P & G had a very rigid work culture, Google encouraged its employees to wander in its hallways on scooters and encouraged the use of whiteboards. The prudent question would be, would employee swaps work for all companies with contrasting cultures?

Dr Ahalya Devi (Ahalya), a Professor of Organisational Behaviour in a reputed B-School in India has been invited by an organisation for a conversation on creating and sustaining culture in organisations. Ahalya was a little startled because this topic is too elemental for an organisation of such magnitude. When she confronted the HR manager over the same by telephone, he stated that he wanted the talk against the backdrop of ‘Employee Swapping between organisations’. This further surprised her and she stated that job swapping happens between employees of different departments with some comparable skills and this kind of activity does have a positive impact. However, she is a little perturbed about swapping employees between two organisations.

When she visited the company the next day, she was astonished to hear that they planned to swap employees in a manner that was different in every visible way. Also, this swapping is assumed as strategically advantageous. Now, she has been entrusted with the task of addressing the employees (across hierarchical levels) about swapping employees between two organisations and its positive impact and convince them on the same.

She returned home and sat at her desk and started thinking about the conversation she had with the HR manager.

Mr Amanaganti Srikant (Srikant) is the HR manager of Acme Consumer Products Ltd. (Acme). He began elucidating the history of Acme to Ahalya. Acme is a Consumer products company based in Hyderabad and has branches in every Indian city as also a strong presence in six countries in Asia. It enjoys a good consumer base across countries and is reputed for its product customisation. They have an online portal through which consumer queries are addressed within 24- 36 hours. Also, sales are through purchase orders that can be tracked online. Acme was established as a consumer-packaged goods company in 1980, and in no time, upgraded itself into a FMCG company with an international presence. In many cities, Acme uses distributors to move products to the end user. They invest heavily in new technology and infrastructure to maintain a strong position in the market. Distributors’ sales force extends to all the key channels such as key accounts, supermarkets, kiosks and a vast number of small groceries who are connected through wholesalers. Acme’s product position is robust, reaching almost universal awareness among consumers and underpins the strong market position of brands and provides an ideal platform from which to launch new products. The marketing department coordinates sales targets with the local distributor and judiciously monitors actual versus target performance.

Srikant paused and looked at Ahalya listening intently. However, he sensed an air of impatience around her. He could not help but ask her, “What happened Ma’am? I hope my explanation is not boring… you see, I am not a professor like you ... hahahahaha!!…” Ahalya was visibly embarrassed and struggled to put up a normal demeanour. However, she said, “I agree that I am getting impatient because I have not understood the context for employee swapping as yet.” Srikant understood her concern and said, “Yes, yes, I am coming there, but now please permit me to explain you about our culture. Despite such a successful business, Acme is rigid in every way one could think. It is notoriously controlled, highly disciplined, and rigid; so much so that every employee carries a tag on their attire that, “To me, the sky is the limit. Added to this, the hierarchies are complex. Employees perform well under fear of losing employment, or punishment, or facing an autocratic superior and the like.” Srikant stopped and looked at Ahalya who was paying sincere attention. The rigidity in the organisation was rousing a lot of interest within her.

Srikant continued, “We (Acme) want our employees to socialise with employees of Vennela Technologies (Vennela), a software company. Vennela is an Indian MNC that provides IT services, internet related services, business process consulting and online advertising. It is headquartered in Visakhapatnam in Andhra Pradesh. Vennela is a 23-year-old company which quickly rose to commanding heights with a global presence in Asia, Europe and North America. Contrary to Acme, Vennela is simply famous for its laidback, free-flowing and non-standardised work practices/culture. Employees enjoy autonomy, there is ample scope for collaboration, bonhomie, capacity building and so on all of which enhance employee engagement.”

Srikant paused again and asked Ahalya whether she had any doubts. After ensuring that she has no queries, he said,“ Acme and Vennela, two large and successful but dissimilar organisations have decided to allow our employees to socialise with one another.” Ahalya disconcertingly interrupted Srikant, “What”? Swapping employees, you mean?” Srikant just nodded approvingly. “But why?” She was stubborn. “For marketing and selling”, said Srikant unassertively. “Marketing and Selling? But how?” Srikant said, “Acme sees more of its future marketing efforts occurring online, and Vennela of course is an ideal fit. Also, for Vennela, Acme is a strong buyer of ad space given its scale of business.” Ahalya interrupted Srikant again. “For that matter, Acme and Vennela engage in business with so many organisations around the world. Do they swap employees with every organisation they engage with?” Srikant explained, “No! we don’t. This is a special case where both firms are looking for innovation avenues and this kind of a venture would expose managers and employees to a culture that is wholly different and presumably pave way for innovation. Sometimes, we learn so much from someone or something that is so very different.” Ahalya was convinced with this new thought, but she had a lot of confusion and queries troubling her. Srikant, perhaps read her mind and continued, “Ma’am, sometime back in a firm in the USA, a salesperson from firm X was swapped with firm Y. He gave an unusual insight to the managers of the firm Y. He said that the number of people searching for the words, “offer”, “discount”, and “free” has gone up by 52% compared to the previous year. Though firm Y boasted of having the best data architects as part of its human capital, this finding was something unique that can have a tremendous impact on business. This is how employee swaps help both firms engaging in it and the outcome is synergistic. Both the employees learn something new.” Srikant stopped and stared at Ahalya. Ahalya was lost in thoughts. She slowly said, “What about cultural differences?” Srikant immediately said, “The purpose is reciprocal, the benefit is mutual, thus cultural differences don’t matter. So, Ma’am, we want you to explain this to our employees in the most effective way and address their queries and inhibitions. You may choose any day in the next week. In the interim, I am available for any kind of clarification you need”.

Ahalya came home visibly excited, but deeply engrossed with herself. She was mulling over this issue of employee swapping and the kind of content and questions she was required to draft. 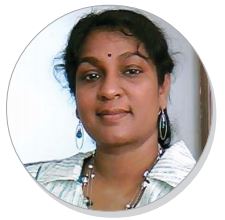 SHARE
Dr. Prageetha G Raju is an independent researcher. She has previously worked as Associate Professor-Business Management at the Symbiosis Law School, Hyderabad. She can be reached on [email protected] com.